24 years old Female from London, United Kingdom A girl named Gigi is a sophisticated blonde, with a toned figure and beautiful expressive eyes. Gigi is of average height, has a flat tummy and is not overweight. She was always so slender. She likes not only standard sex. This cute A-level escort knows a lot about the art of love.

Gigi loves to be loved. She likes to be taken care of. She likes strong men who are ready to lend a shoulder and help solve a problem in a difficult moment. Gigi is a real girl in every sense of the word. She is affectionate, gentle and kind. She has a soft, quiet voice. She doesn't like to swear or scream. All the more she likes to be good, and likes to be admired. She was taught to live for a man. The guy is at the helm, and she's his support. Her credo is not to contradict a man. This is how she lives. She is adored and worn on the hands for this trait of character.

Gigi is feminine wise. She reads a lot of literature, both fiction and science. Gigi can keep the conversation going and tell an interesting story herself.

She does not climb with the initiative and keeps in any company exactly and calmly. Her friends love her for her openness and frankness. Gigi loves learning languages. When she moved to London, it wasn't a huge challenge for her to adapt and start talking. A few years ago, she lived for a few months in Germany and mastered spoken German. And when she was on vacation in Poland, after a while she began to understand the poles.

She has a great ability for this. The girl was conquered by England. She enjoys being here. She likes the weather, the people, the architecture, the rhythm of life. Yes at all to live here. She has big plans. And in the future, she will definitely implement them.

Gigi is young and damn good. She is worthy of love and affection. And who will be next to her will feel the happiest.
Escort rating
0 reviews
AvailabilityIncall, Outcall
EthnicityWhite
Hair ColorBlonde
Hair lengthLong
Bust sizeMedium(B)
Height168cm
Weight55kg
BuildRegular
LooksSexy
SmokerNo
Sexual orientationHeterosexual 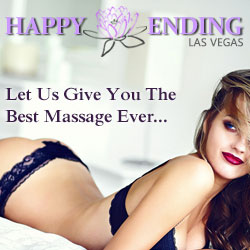